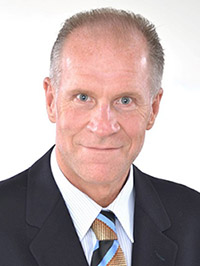 Before joining Blind Low Vision NZ in September 2019, John spent his then 28-year professional working career in the not-for-profit and charitable sector with national organisations in his native country of Canada. He has held senior roles providing leadership to organisations in the areas of amateur sport, at risk youth, disease prevention and a sensory disability. Over his 11 year career with the CNIB (Canadian National Institute for the Blind) his responsibilities grew progressively, culminating with him being appointed as the Vice President, Western Canada in 2015 which he held until accepting the Chief Executive role with Blind Low Vision NZ.

During his time with CNIB John was regarded as a senior member of the Executive Leadership Team and amongst his accomplishments provided oversight to the research and feasibility study of the organisation potentially operating a Guide Dog Program as part of its charitable program offerings. The program was subsequently approved and within an 18 month time period established all aspects of operations and graduated its first working guide dogs for Canadians with sight loss. He also provided leadership to the establishment of CNIB’s rehabilitation service delivery standards and the importance of and use of data to analyse the organisation’s key performance measures and outcomes.

John was born and raised in Edmonton and is a proud alumni of the University of Alberta. John relocated to the west coast of Canada in 1998 due to a professional opportunity and resided in Vancouver since that time, until relocating to New Zealand in September 2019 to join Blind Low Vision NZ.

John’s passions include participating in almost any sport, and also being an avid spectator of major sporting events throughout the year. He also has a keen interest in current events and its impact on the world. 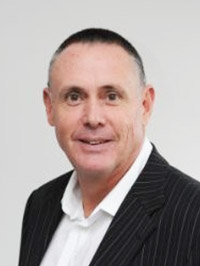 Greg has a wealth of experience in finance, customer services, production, service delivery and administration. He’s worked in the manufacturing, banking and telecommunications industries. Before joining us Greg spent 15 years with Yellow Pages holding various executive positions in finance and operations. Greg’s aim is to ensure we are financially sound and sustainable over the long term horizon. He looks after our finances, contracts, strategy and planning, performance, governance and business development initiatives. 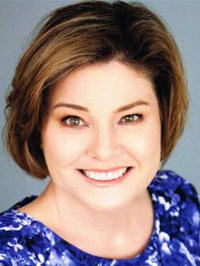 Since 2014, Dianne has led Blind Low Vision NZ’s policy service on issues such as solutions to making New Zealand 100% Accessible, through to better access to eye health services. Key to this is bringing evidence and data together with people power to create change. Her policy practice motto is, “nothing about us, without us”.

As the former Executive Director of the Western Australian Government’s Office of Seniors’ Interests Dianne led policy development on ageing, including the state/territory National Healthy Ageing Strategy initiative and positive ageing policy innovation for the state. Since moving to New Zealand in 2004, Dianne has held a number of senior government leadership roles in the health sector, and at central and local government levels.  She was the General Manager, Older People’s and International Policy at the Ministry of Social Development, responsible for New Zealand’s population ageing policy, international agreements and relations.  Dianne holds a Bachelor of Arts in Psychology, a Bachelor of Social Work and Master’s Prelim in Social Policy from the University of Western Australia.

Liz is a seasoned leader with experience across both public and private sectors including FMCG, banking, media and security. Following extensive experience in HR and managing change, she is thrilled to bring her skills into managing and growing a team of people passionate about providing first-class service in the not-for-profit sector. 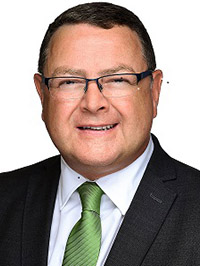 Bryce is a highly experienced, strategically focused and commercially astute executive with an extensive background in security and facilities services, experience in business divisions and a proven track record of achieving results.  Bryce has a reputation for integrity, clear strategic vision and outstanding negotiation skills with positive business and client outcomes. Bryce is renowned in the industry for his successful initiatives, to improve operations, implement positive changes and drive outstanding results.

Brad joined BLVNZ on 1 October 2020 and heads the Philanthropy and Marketing business unit.

Catherine joined BLVNZ in July 2020 and heads the People and Culture team.

Back to top of the page