Thanks for your interest in joining Team Guide Dogs for the ASB Auckland Marathon.

First we need a couple of details: 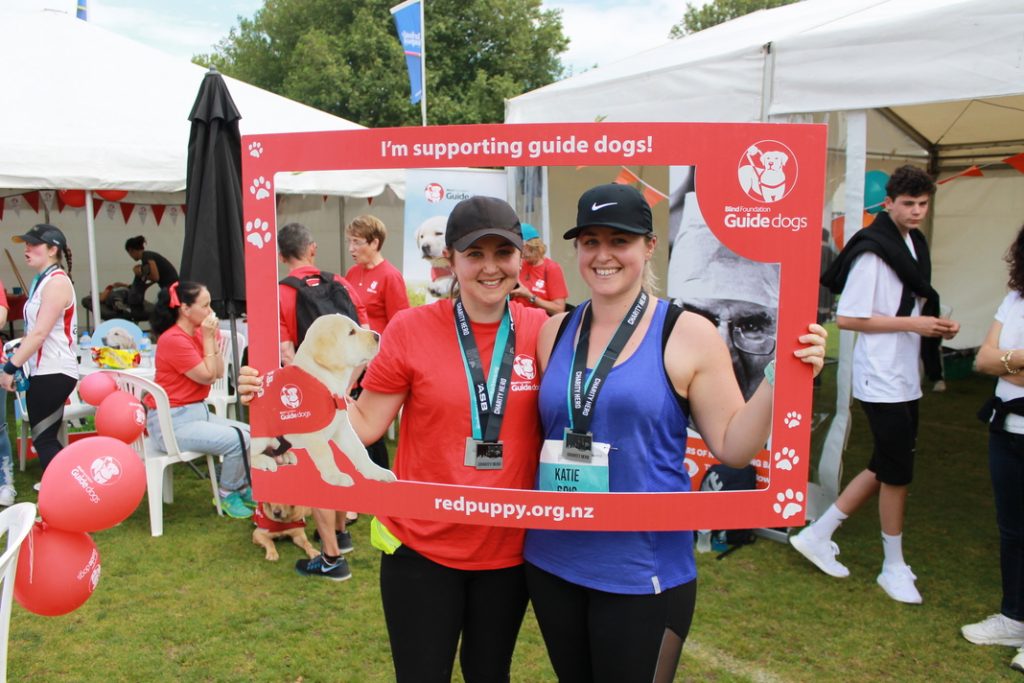 “At first when my sister suggested a half marathon, I wasn’t too keen – after all, our family has always been told ‘van Dinthers don’t run’. But when I found out we could fundraise, the Blind Foundation was a no-brainer.

Adding in that fundraising factor kept us honest with training and kept us going. We were accountable because people had parted with their hard-earned money to support us and believed we could do it, so we had to show them we could!”

– Katie, who took on the half marathon with her sister, Bobbi in 2017