You gave Sue hope, when she needed it the most.

Sue was devastated when she lost most of her sight. Then she contacted Blind Low Vision NZ, formerly Blind Foundation.

When Sue discovered she lost her sight she was very afraid and lost all hope. She could see a little bit, but she didn’t know that Blind Foundation (as it was known then) was for people with low vision like her, as well as people who are blind.

Sue has always been an active woman. She lived in the country and ran a B&B with her husband.

When her vision became too poor for her to live on the farm or drive, they had to sell and move into town. Sue missed the joys of country life, the animals, the fresh air and the ability to go walking in the bush.

Her whole life was turned upside down and she felt like she was in “a pool of darkness”. 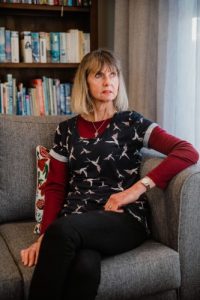 Sue was losing her sight as a result of contracting a virus in her eyes in her 20s, which required a corneal transplant in her 40s and then later cataract treatment.

But Sue didn’t think of herself as blind, so she didn’t realise that Blind Low Vision NZ (formerly the Blind Foundation) was also for people with low vision, like her.

One in seven New Zealanders over 65 live with low vision. That’s a lot of Kiwis who could do with some help.

Sue received help from Blind Low Vision NZ to start cooking again, with modifications to her kitchen and some aids like talking scales and special labels for her kitchen equipment.