Blind Low Vision NZ Board of Directors focuses on governance and strategic issues such as our purpose and direction.

The Board may have up to eleven directors. Our voting members elect nine of them and the remaining two directors may be co-opted to the Board for their specific skills or experience. Directors serve for a term of three years. 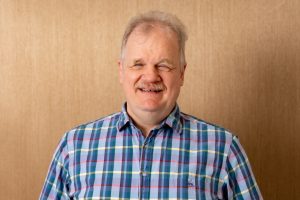 Blind since birth, Clive has spent much of his personal life working on behalf of blind and low vision people and was President of Blind Citizens New Zealand for a total of thirteen years. He has an engineering degree as well as a law degree. Much of his career has been spent in the computer industry, and in the blind community he is particularly known for his development of the Foundation’s Telephone Information Service. He is now semi-retired running his own business from home, doing consulting and projects in areas of technology and making information accessible to blind and low vision people. 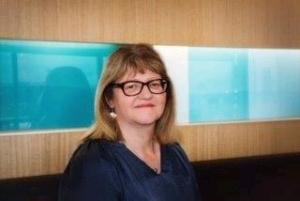 Anne Marie joined the Board in May 2022 to fill a casual vacancy. Anne Marie is an experienced senior leader within the NZ public sector. She began her career as an HR professional but in recent years has branched out and has led both corporate and operational functions. Recently Anne Marie has joined Te Kawa Mataaho (Public Service Commission) as the Executive Coach in the Leadership Development Centre. In this role she works closely with senior public sector leaders to support their professional development journeys.

She was the Deputy Chair of the NZ Government Women’s Network from 2017 -2020, and holds a Business Degree from Edith Cowan University in Western Australia as well as a Master’s Degree in Public Administration from Victoria University in Wellington. She also holds an internationally recognised coaching qualification.

Anne Marie is a Board member of KiwiClass, an organisation that delivers educational services to migrants, she also holds a position on their People Committee. 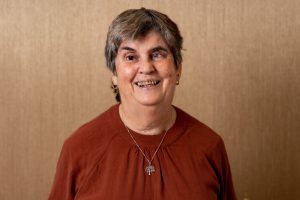 Judy joined the Board in November 2013. She has been a client of Blind Low Vision NZ since she was four years old.  Judy graduated in 1999 with a Masters of Social Science (Hons). Her thesis was a sociological study of blind people and how they identify themselves.  She worked as a Policy Analyst for 11½ years in social policy in the Office for Disability Issues and has also served on the Blind Citizens New Zealand National Executive. Judy is currently employed as a Disability Advisor to the Hamilton City Council. 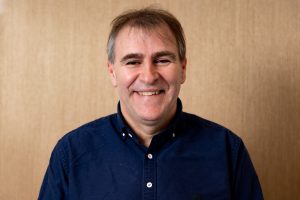 Having become a member of Blind and Low Vision NZ in 1996, Fraser joined the Board in November 2017. Holding an Undergraduate degree in biosciences and a Postgraduate honours degree in business, Fraser has spent 22 years in not-for-profit marketing including nine years with us. A past President of Retina New Zealand, he held management committee responsibilities with its parent body, Retina International for 13 years – culminating in leading the organising committee for the 2018 Retina International World Congress in Auckland. 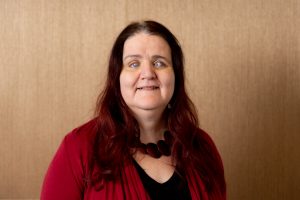 Martine joined the Board in May 2019 to fill a casual vacancy.  Blind since birth, Martine has been living in New Zealand for the past 22 years since emigrating from South Africa.  Her qualifications are in the areas of vision rehabilitation, education and social policy and previously worked at the Blind Low Vision NZ in the fields of blindness awareness training and service co-ordination.

For the past 11 years, she has been working at local government level as Disability Advisor.  Martine serves on various pan-disability and health-related governance boards, including Parent and Family Resource Centre, Independent Living Services and the ACC Customer Advisory Panel.

Martine is also President of the World Blind Union 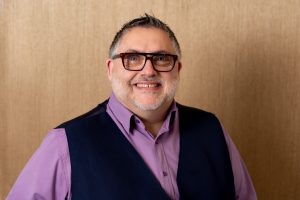 John was welcomed as a new Director on the Board in November 2019. Having qualified in England, he has been practising his profession as a Dispensing Optician for 35 years, the last 25 of which have been in Wellington.  John has always had a strong interest in providing Low Vision Aids and services to the partially sighted in order to help them continue with as good a quality of life as possible. His passion for this aspect of his profession has resulted in him being asked to speak on the subject at conferences, including one overseas. As well as the Low Vision community, he also has experience with the Deaf community.

From 2007 to 2015, John served as a professional member on the Optometrists and Dispensing Opticians Board which is the Minister for Health appointed body that oversees the professional standards of the two respective professions. 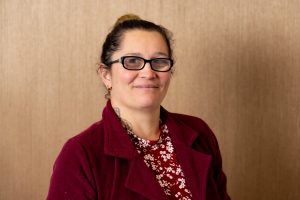 Donna was elected to the Board in November 2020. She worked for almost 20 years with Blind Low Vision NZ before standing for the Board. She currently works within the disability sector for a pan-disability social enterprise as a direct line manager and advocate for a team of people with sensory, physical, cognitive and intellectual disabilities. She has studied psychology, sociology, human service, social science and physical sport/recreation – my personal belief, that physical activity is a great support tool for people with disabilities. She is a founding member of the blind youth support network, SEYFF and also chaired Blind Sport New Zealand. 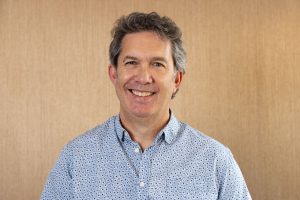 Richard joined the RNZFB Board in November 2021 but has been involved with BLVNZ for over 20 years as his eldest daughter, Renee, was born blind.  Raising Renee has given him a strong understanding of the needs and challenges of the blind and low vision community.  He is married to Letitia and has another lovely daughter, Zara.

He brings with him an extensive range of experience working in the not-for-profit sector as well as a wide range of skills essential for an effective Board from strategic leadership and financial and commercial expertise to change and risk management.   He is a Chartered Accountant and his ‘day job’ is as General Manager at Site Safe NZ Inc. a not-for-profit member-based organisation.  He is a member of the Site Safe NZ’s Audit and Risk Committee and ICT Committee so he fully understands the challenges and the oversight required of a Board. 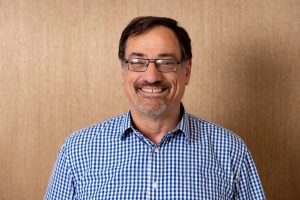 Ron joined the Board in May 2021 as the highest-placed candidate in the 2020 Board elections filling a casual vacancy. He was re-elected in the Board elections later that year.  Ron lives in Tauranga and is a Councillor on the Bay of Plenty Regional Council where he is Deputy Chair of the Monitoring and Operations Committee.  He is also Chair of SILC, a charity which supports 200 people with disabilities and long-term illnesses. Ron is a member of the BoP Community Organisations Grants Scheme (COGS) distribution committee and sits on the AA Bay of Plenty Council.

Ron owns his own company, Stellaris Ltd, which specialises in executive and governance education and training, focusing on helping boards with their strategic planning as well as coaching and mentoring.

He holds degrees in Economics, History and Geography as well as Education. He is a Justice of the Peace (JP).  Ron is a Chartered Member of the Institute of Directors with over 30 years of Governance experience