Being able to get to where we need to – whether that’s work, study, social or everyday activities – is something we should be able to do safely and confidently. Both urban and rural environments have their own sets of challenges when it comes to getting around. Infrastructure like public transport can be hard to come by in rural communities, while city spaces are often chaotic and cluttered.

You’ve probably heard about (or encountered) the swift and quiet electric scooters that have recently stormed onto footpaths around New Zealand cities. These are an example of how the challenges on our streets are ever evolving, and one where Blind Low Vision NZ will continue advocating for safe and accessible spaces for blind and low vision people. We are proud to be working on projects alongside city councils, transport agencies and other advocates to ensure the needs of our community are heard.

While today’s challenges need work, we can also celebrate the wins that have come before us to help smooth the path forward over time. Read on to learn about some of the everyday infrastructure designed to help you when out on footpaths, shared spaces and crossing streets.

Where we have come from

1921 – The ‘cane’ had been used as a tool for travel for centuries. In 1921, James Biggs of Bristol claimed to have invented the white cane after painting his walking stick white to make himself more visible to motorists. Today, the white cane is used as a mobility tool by many blind and low vision people.

1950s – Mobility training was developed in the 1950s after World War II to help veterans who had been blinded. In the 1960s, universities started training programmes for Orientation and Mobility Specialists.

c. 1954 – New Zealand’s first audible ‘buzzer’ pedestrian crossing installed outside the Jubilee Building in Parnell, Auckland. At this crossing, when the buzzer sounded it indicated to a blind person that it was safe to cross.

1973 – Blind Low Vision NZ Guide Dogs began. Prior to this, we used to work with Australian services to bring guide dogs in to support blind and low vision New Zealanders.

1997 – Road and Traffic Standards (RTS) 14 – Guidelines for facilities for blind and vision impaired pedestrians was developed by the New Zealand Transport Agency (NZTA) in collaboration with Blind Low Vision NZ and Blind Citizens New Zealand. This includes guidelines for tactile paving – the yellow dots that signify important information such as where the footpath ends and the road starts.

2007– We developed the standard for ‘shared spaces’ in collaboration with Blind Citizens NZ and Auckland Council. This became an Auckland Council standard, subsequently adopted by NZTA and included in RTS 14. This standard then went on to be adopted by the World Blind Union.

2018 – The Government signed off on a major work programme to thoroughly explore how to achieve full accessibility for disabled people and all New Zealanders.

Where next in creating universal accessibility?

There are some exciting developments on the horizon. If the government chooses to create accessibility legislation, law will replace guidelines and over time we will begin to see the access needs of people with sight loss and all New Zealanders much better met. Watch this space! 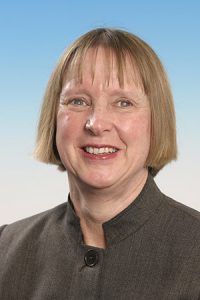 Mary Schnackenberg remembers New Zealand’s first buzzer crossing from when she was living in what was known as The Blind Institute – today this is where the head office of Blind Low Vision NZ is located in Parnell, Auckland.

“They were New Zealand’s first and I believe they were installed in 1954. The Blind Institute Director of the day, Wally Christiansen, brought back the idea [for the buzzer crossings] after one of his trips overseas.

At nights we slept in the dormitories on the first floor. Night noises were often comforting if sometimes a bit disruptive of sleep. There was the matron’s chiming clock along the corridor. And there was the audible traffic signal below the dormitory windows.

Years later I was listening to Radio New Zealand narrating “Games of Choice” by Maurice Gee, Oxford University Press, 1977. On page 152 is the paragraph “He came to an intersection. A buzzing sound told him to cross. Tall black pines stood up, strung with painted lights. The sea was yellow and green.” Fact in fiction at last.”

1980s – What’s the difference between a buzzer crossing and an audible tactile traffic signal? 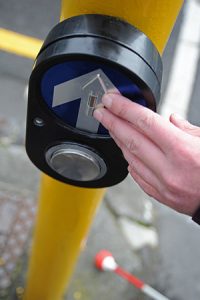 What’s the difference between a buzzer crossing and an audible tactile traffic signal?

Working together: What’s possible when we collaborate to create an accessible shared space 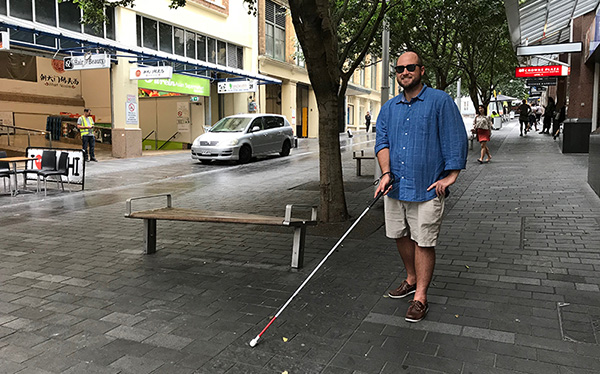 In our major cities with growing populations, the competing demands in public spaces like footpaths are growing. Sandwich boards, seating, plants and bicycles can all be potential hazards. Then there is the people, often much more focused on the smartphone in their hand than the environment around them.

But, if accessibility matters are considered early in the design phase of developments like new shared spaces there is all the potential to get it right and create a great environment for everyone. So, what does a good shared space look like?

What is a ‘shared space’?

Shared space is the term used to describe an urban design approach where the traditional distinction between footpath and road is removed. Fast becoming popular in New Zealand and around the world, they present another challenge in how they can be designed with access and safety in mind. 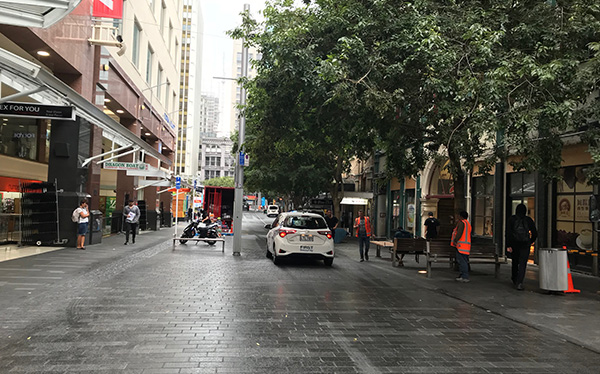 If you have been to Auckland’s city centre, you may have come across the shared space in Elliot Street, which opened in 2011. It follows the standard for ‘shared spaces’ incorporated into RTS 14 – Guidelines for facilities for blind and vision impaired pedestrians. It was one of the first to comply with these standards and more shared spaces across Auckland have followed suit.

There is a continuous accessible path of travel (CAPT) from the building line – meaning a clear, wide path reliably free of obstacles on both sides of the street. Next to it is the ‘activity zone’ featuring seating and plants, and in the middle is a space for cars and other vehicles. However, the lines between the different zones are blurred.

“There’s no footpath, and no road,” says Chris Orr, Blind Low Vision NZ Access and Awareness Advisor. “There’s no curb, but the real game-changer, when it comes to accessibility, is something called a tactile delineator. It takes the place of a curb without being a curb and on Elliot Street rough tiles serve this purpose. It looks like a design feature for aesthetic reasons, totally innocuous, but you can detect it with your white cane or feet.”

It’s a big step for Dan to move to the white cane.

“As someone who identifies as low vision, there can be some stigma around using the white cane for some people. I have some functional vision but I do need some support with my mobility. Accessing the support available to me through Blind Low Vision NZ, including embracing the white cane as a mobility aid, has been a life-changing step.

“Now my white cane not only supports me with my mobility, but for the first time it gives me an identity as part of the blindness community in my wider community. My white cane is a tool for advocacy and awareness of sight loss.”

Dan finds navigating the shared space easy. He uses the tactile delineator as a reference point to walk with confidence in the zone free of obstacles.

“We were very proud of this work,” says Chris, “it was a great illustration of what can happen when you work together. You can create a space that can work for everyone.”

Read Dan’s story about orientation and mobility training and how he uses his white cane as an advocacy tool.

Would you like to learn more about how to make the most of environmental cues to help you get around? Contact us on 0800 24 33 33 or email info@blindlowvision.org.nz